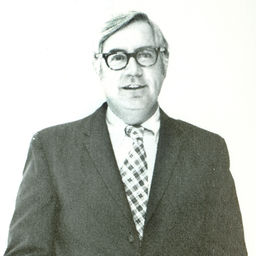 Howard Young spent his MHS career teaching social studies. He enjoyed the topic, but it was the students who made it special.

"I'm sure I must have had challenging kids along the way," Howard quips. "But what I remember is so positive. Minnetonka has a remarkably good set of students. Students who come from families with advanced-degree ambitions for their youngsters. They were such super kids to deal with."

There were other highlights over the years.

"One of the pleasantest phases was a time when they introduced the idea of cooperative education," Howard says. "We did group activities, not just lectures. The students helped one another get the right answer, instead of doing it individually. I really enjoyed that noncompetitive tone."

During a five-year period when MHS offered an experimental school-within-a-school program. Howard helped chaperone a motorhome excursion to the Grand Canyon, where they walked to the bottom and camped for several days. Howard was impressed by how much the students already knew.

"I was a city boy with not much camping experience," he says. "A lot of the youngsters were very prepared, and I was no longer the big shot. I learned from them."

He coached the ski team for a brief period and chaperoned ski trips.

"I enjoyed every day," he says. "Being around young people energized me. I never felt old until I retired."