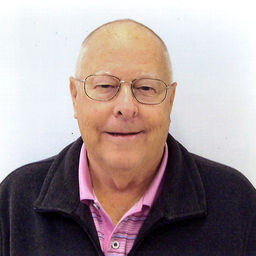 Whether he was teaching enthusiastic elementary students or independent middle schoolers, he memorized each student's name during the first three days of class. He also made sure that every student had a piece of equipment for each activity during class.

"It was rewarding," he says. "You would see a lot of progress from start of year to end of year.

He promoted districtwide track meets for fifth and sixth grades at the high school track.

"It was a lot of work, but it was lots of fun, and the students enjoyed it," he says. "Our only worry was the weather."

It was this commitment to ensuring all children had access to athletic opportunities that drove what may have been his biggest achievement. Bill broke the gender barrier to establish the first elementary girls' softball and basketball programs in Minnetonka.

"I've always been an advocate for girls' sports, because I thought they weren't getting a good deal," he says. "That was my purpose, to get something going and hopefully get them participating."