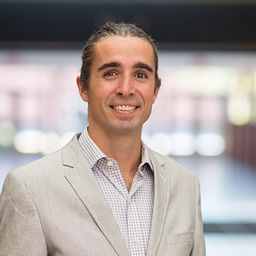 Life has its challenges. There are hurdles everyone faces and for Skippers Hall of Fame inductee William Leer, these hurdles are literal, as well as figurative.

William ran track and field at Minnetonka High School and continued to compete in college. After graduating from Pomona College in California, he moved to Eugene, Ore., (also known as Track Town U.S.A.), and immediately began training for the 2008 Olympic trials. Although he missed a spot on the U.S.A. team by less than one second, he said coming in fourth place was a career highlight. "I gave myself a year to decide if I could make it as a professional runner. My performance at the Olympic trials told me that I was definitely good enough," explained William.

Another highlight was winning the Wanamaker Mile in 2014. "The competition was world-class and this race proved that not only could I hang with the best, but I could beat the best," said William. His top competition in the race included two Olympic Silver Medalists and several national and world champions. "This was my first big professional victory," he added. (Watch the race here)

Minnetonka prepared William for success both on and off the track.

"My coaches, Jeff and Chris, really instilled in me a love of the sport–it wasn't just about results. I really looked up to them," reflected William, who added that his challenging AP classes at MHS helped him develop the mental discipline essential to success as a professional athlete.

In addition to the support of his coaches, William credited his family as being essential to his success: "My parents have been there through the good and the bad. I'm so grateful for their support. And my grandma is the most competitive person I know. Her energy is great," he said.

For current students considering a career as a professional athlete, William advised they follow their passion. "Work hard and be disciplined 24/7. It will pay off. But most importantly," he added, "live life completely."

When talking about being inducted into the Skippers Hall of Fame, William said, "It was an absolute honor. To be recognized for ones efforts is really great." He feels reconnected with his Tonka pride and hopes his accomplishments can inspire current track and field runners at MHS.

Twelve years after graduating from high school, William is still running and getting faster every year. He is preparing physically and mentally for the 2016 Olympic trials, held in Rio de Janeiro, Brazil. "I'm working to ensure my body and mind are as sharp as they can be," noted William.