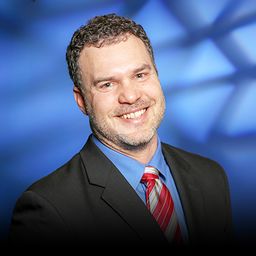 Minnetonka Schools Names Next Groveland Elementary Principal
April 20, 2018
Share to FacebookShare to TwitterShare to Google+Share to LinkedInShare to PinterestShare to EmailPrint this page

Minnetonka Public Schools has named Andrew Gilbertson as Principal of Groveland Elementary School. He begins his new role July 1, replacing beloved, long-time principal at Groveland, David Parker, who is retiring at the end of June.

Mr. Gilbertson brings more than 20 years of professional experience in the education field to this role. For the past six years, he has served as District Supervisor of Achievement and Integration for Eastern Carver County Schools and the past two as Administrative Dean of La Academia Kinder Academy, as well. At Eastern Carver, Mr. Gilbertson oversees building initiatives, co-leads the evaluation of classroom teachers and leads the areas of transportation, paraprofessional, testing and assessment and intervention teams. He also oversees school discipline. Prior to that, he was a Classroom Teacher and Teacher on Special Assignment for Northfield Public Schools, where he taught in 1st, 4th and 5th grade Spanish Immersion and English speaking classrooms. He also served on the district's Immersion program redesign committee.

"It was apparent almost immediately that Andrew Gilbertson was the right fit to be our next Groveland principal," said Dr. Dennis Peterson, Superintendent of Minnetonka Public School District. "He is a thoughtful, engaged servant leader, dedicated to upholding our district's high standards of world-class, child-centered excellence in teaching and learning while building close relationships with families and teachers. I believe he will be a wonderful leader for the Groveland Elementary community."

"My family and I are tremendously excited to join the Groveland Elementary family. Mr. Parker, along with the staff and families of Groveland, have set a high bar of achievement and positive culture," said Mr. Gilbertson. "Conversations with families, staff members and students revealed a tight-knit community of high quality staff, engaged parents and outstanding students. I am anxious to meet each family, student and staff member and get started carrying on the Groveland Elementary standard of excellence."

Mr. Gilbertson earned his bachelor of arts degree in elementary education from St. John's University and his master of arts in curriculum and instruction and K-12 Principal Licensure from St. Mary's University. As the son of a teacher and a pastor, Mr. Gilbertson says he made the decision early in life that he would someday work in the education field to serve others. He and his wife, Emily, and their four children reside in Chaska. 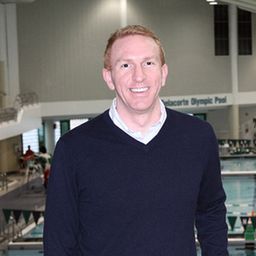 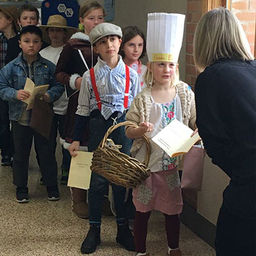 In December, third grade students at Deephaven Elementary learned about the history of immigration to the United States and about the different reasons these immigrants chose to leave their homes. 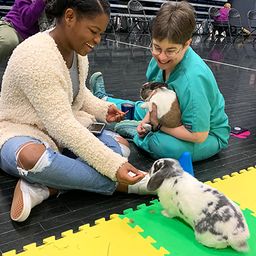 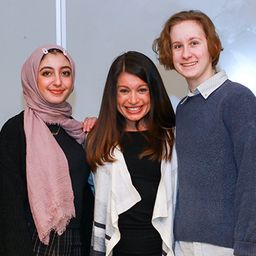 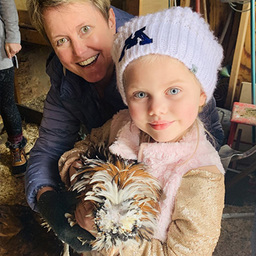 You would expect to find students and teachers in a school, but a chicken? Principal Stacy DeCorsey has brought a few of her feathered friends with her to Excelsior Elementary. 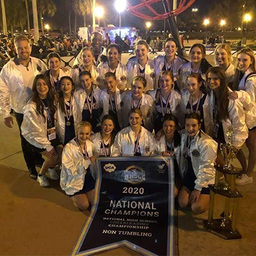 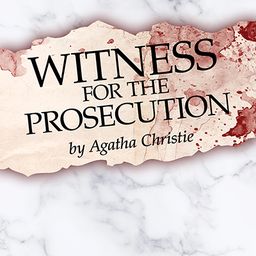