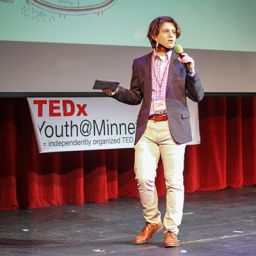 MHS Students Host Third Annual TEDxYouth@MinnetonkaHS
November 19, 2020
Share to FacebookShare to TwitterShare to Google+Share to LinkedInShare to PinterestShare to EmailPrint this page

On October 31, MHS students brought a TED talk to the high school's auditorium with the third annual TEDxYouth@MinnetonkaHS event. The theme of this year's event was "Redefining Success," and it aimed to provide new insight into the different ways success can be achieved through the stories of five speakers who gave presentations throughout the day.

Emil Liden, a senior at MHS, was the lead organizer behind the TEDx event. Beginning last spring, he held meetings with the MHS principal and with last year's organizer, Jai Chadha, '20, to determine the event theme, assemble a planning team, and reach out to speakers, all planned while keeping COVID-19 safety measures in mind.

Emil and the other organizers decided to run a hybrid event where participants could attend in-person or virtually by logging on to the live-stream on YouTube. Those who attended in-person were spread out throughout the large auditorium and were provided with customized TEDx masks. Despite the added challenge of coordinating both the in-person and live-streamed events, the team deemed the day a success.

"My favorite part of this year's event was being able to see the manifestation of all the hard work we had put in over the last seven months come alive in just a few hours," said Emil. "When I saw attendees arriving and others logging onto the YouTube live-stream, I felt so excited that it was all actually happening and not just a crazy dream. I think that the line-up of speakers we had was unmatched, and the talks they gave were inspiring."

This year's speakers included Jenni Lilledahl, the co-owner of the Brave New Workshop comedy theater; Dymanh Chhoun, a photographer from WCCO; and Norah Long, an actress from the Twin Cities and founder of the non-profit Common Table South. Additionally, MHS English teacher, Judith Thomas, and high school senior Peyton Crest also gave presentations. Each speaker talked about how success and failure had played a role in their own lives, and they offered advice to students on how to achieve success in the face of adversity.

"I always say that even if only one person got something out of the event, it was a success," Emil said. "I think students' minds and hearts were opened to the different ways success can be possible in their lives. And, I think students learned the value of failure. There was a common theme in many of the talks that when you fail, you're not done. Failure can be an opportunity to grow, learn and take a new path that will lead you to your goals."

Alongside Emil, other MHS students involved in the planning and execution of the TEDx event were Jonathan Presson, who recorded the video; Sam Boime, who took photos; Scott Sorenson and Ava Chen, who coordinated logistics; and Steven Wang and Priscilla Bunday who led budgeting and sponsorships. Senior Alex Armstrong and staff member Nathan Humason played a special role in managing the sound and live-stream.

Minnetonka Schools gives a huge shout-out to these organizers, to the speakers, and to all members involved for coming together to send such an inspiring message to students. 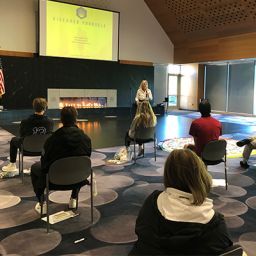 VANTAGE Program Kicks Off 8th Year with Opportunities and Connections

Celebrating the Work of School Psychologists

School psychologists support student wellbeing and help to create learning environments where students can pursue their highest levels of academic and personal achievement. 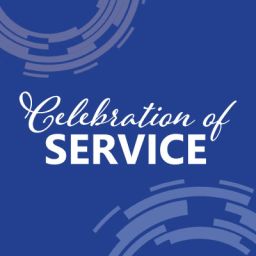 Join Minnetonka Schools for the Virtual Premiere of the Celebration of Service on Tuesday, November 10 at 6:30 p.m. 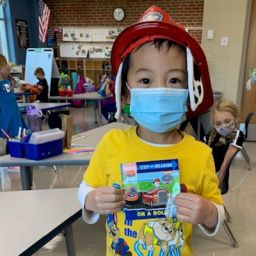 The Groveland Read-a-thon celebrates reading and encourages students to get excited about reading at home. 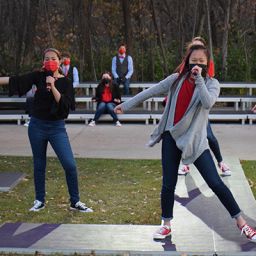 Minnetonka Theatre innovated to create a COVID-safe opportunity for students to perform their favorite songs for an outdoor audience. 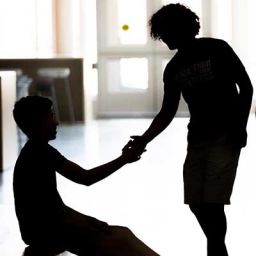 A Focus on Excellence and Belonging

The School Board and District leaders are committed to providing a school environment where all students feel safe, welcome, supported and accepted.